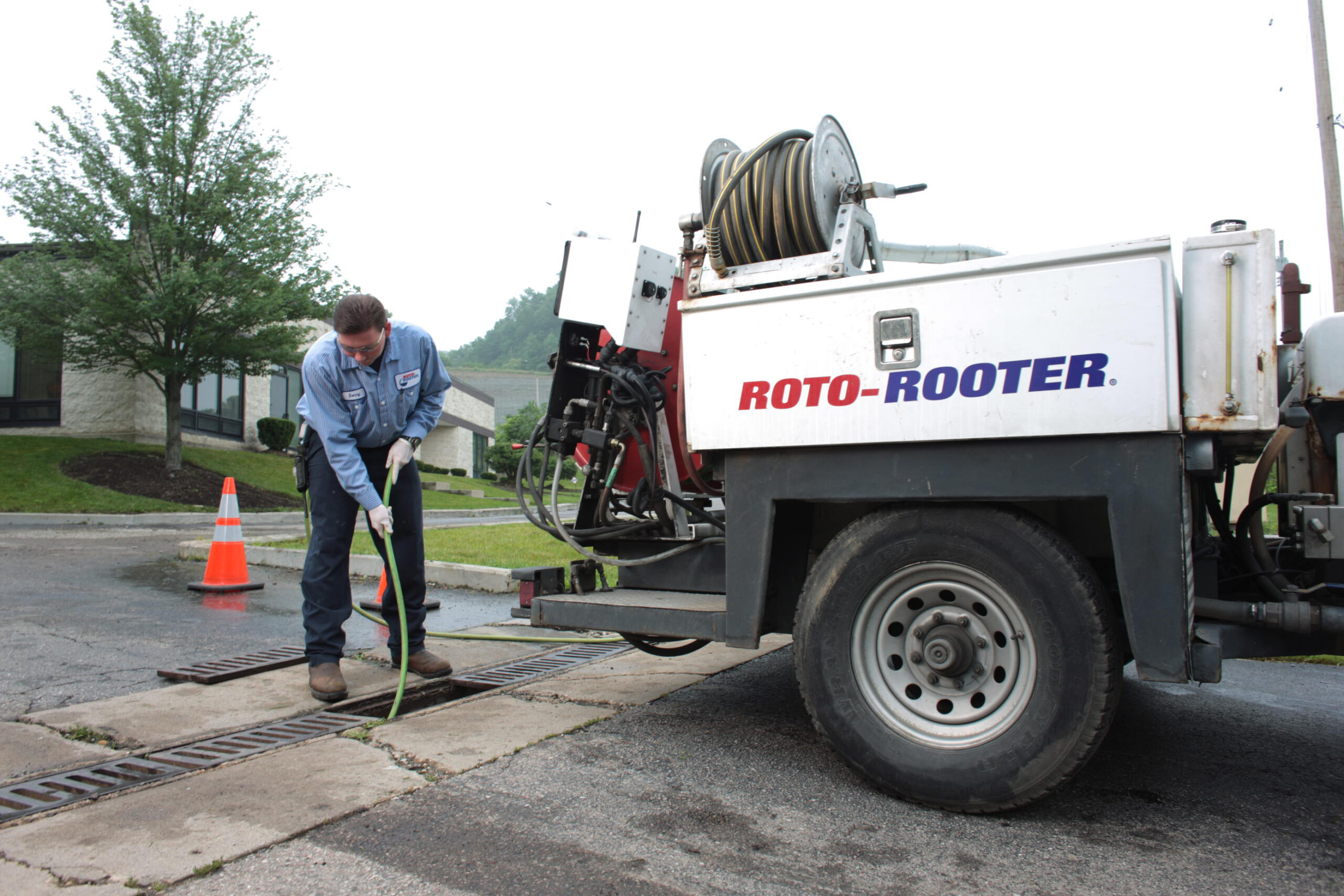 Drain and pipe clogs are the bane of sinks and bathtubs everywhere, and they can be infuriating to deal with. While some are easy enough to clear out with hot water, or with basic plumbing devices like snakes, some are simply too large, too thick, or too compacted to be easily removed. In these situations, the best option is often to hire professional hydro jetting services to handle the clog.

Hydro jetting isn’t something you can do yourself, as it requires specialized equipment. It’s also typically used as a last resort for clogs that can’t be cleared in other ways. Still, hydro jetting services can work wonders, and are particularly useful for commercial plumbing, such as clearing restaurant sink drains.

In this article, we’ll go over everything you should know about hydro jetting services, so you can make an informed choice the next time you have a stubborn clog.

I. What Is Hydro Jetting?

This requires specialized equipment capable of putting out far more water than you’d get from home plumbing, or even in a commercial setup. Professional hydro jets can output over 20 gallons of water per minute, at an overall pressure of 5,000 psi or even higher. That’s strong enough to quickly tear through even the largest and toughest clogs!

So why are more and more plumbers choosing to offer hydro jetting services? Because in many cases, it’s more effective at clearing out these clogs.

The most common professional tool for clearing clogs – and one which many people keep in their own kitchens and bathrooms as well – is the plumbing snake. This is a flexible hose with a hook or small drill at the end, which is pushed through the pipes until it connects with the clog. Then the snake is worked to dig through the clog, break it up, and allow water to flow through again.

However, snakes have a couple of disadvantages. First, they have limited length. Plumbing snakes are typically between 20-50 feet long, which is fine for most home plumbing, but if the clog is further down than that the snake is useless.

Also, the clog cannot be too large, or else the snake simply won’t be able to penetrate it effectively. The snake would just dig material off the top, which would get re-compacted the next time water is poured through.

The other popular solution – unfortunately – for clearing clogs is using chemical agents to break down the clog. Homeowners like this solution, since it promises a quick and easy fix – pour a bottle of acid into the drain, wait awhile, and hope it’s dissolved the clog.

However, chemical agents can still only work by making direct contact with the material in the clog. A thick clog might see its top layer dissolve but would be otherwise unmoved.

Also, chemical decloggers are bad for your pipes in the long run. While using them occasionally won’t cause any major problems, each time you do, it’s going to eat away at your pipes just a little. Over time, with too many chemical treatments, it can start to break down the pipe. This is particularly true if you have plastic pipes, which are very vulnerable to damage.

We recommend avoiding chemical agents whenever possible, for this reason.

In short, water jetting services can clear out tough clogs that other methods cannot fix. However, that doesn’t mean that water jetting is always going to be the right solution.

Hydro jetting isn’t a magic fix-all, and there are situations where a good plumber wouldn’t recommend it.

First, as mentioned above, hydro jetting isn’t ever going to be the first choice for clearing a clog. Jetting is typically reserved for situations where other methods have been tried, like snaking, or if the clog has been identified as being too deep into the pipe for other methods.

There is also a potential risk to the pipes if the hydro jetting is being done by someone who is poorly trained. A good plumber will carefully survey the pipes before using hydro jetting to make sure there’s no chance of damage.

Another issue would be if the clog is caused by a break in the pipe, such as a tree root intruding into the plumbing system. If the pipe is broken, hydro jetting would only cause the break to get worse, without fixing anything.

Finally, if the pipe’s waterproof coating has been compromised, hydro jetting shouldn’t be used. There’s too much chance of the high-pressure water breaking through the weak point. This is why professional plumbers will typically use fiber-optic cameras to survey the pipe from the inside, checking for potential weak points, before using a hydro jet.

Hydro jetting can be particularly valuable for businesses that make extensive use of their plumbing, such as restaurants and other commercial kitchens. These operations are prone to clogs in the first place since a lot of oil, grease, and other debris will be constantly going into the pipes. This can lead to extremely large, difficult-to-clear clogs which call for hydro jetting. Plus, commercial pipes are typically thicker and more sturdy than residential, so they’re likely to be able to stand up to the pressure.

Hydro jetting can be a particularly effective way of clearing out grease traps in commercial kitchens. Grease is sticky and hard to deal with using other drain-cleaning methods. However, in some cases, a neglected grease trap may be so clogged up that it needs to be cleared manually before hydro jetting would be effective.

Many restaurants and similar operations may even contract a local plumber to provide preventative plumbing services. After all, the last thing a working kitchen needs is a major drain clog in the middle of the dinner rush. By hiring a plumbing service to periodically blast the pipes with a hydro jet, they’ll ensure that clogs don’t happen in the first place.

It’s a small investment, compared to how much damage could be done by a clog occurring at a bad time.

VI. What to Do Before Calling for Hydro Jetting Services

So, what if you’re a homeowner or small business owner looking to deal with a clog, without calling in a plumber? Here are a few tips.

1. Run hot water down the sink

The most basic of clogs can sometimes be cleared by hot water. Since materials expand when heated, the hot water encourages the clog to expand and loosen up. This only works on small clogs, but it’s also quick and easy to try, so it’s always worth giving it a shot.

This is kind of a homebrew version of chemical cleaners, but the acids used are mild enough that they won’t harm your pipes. The typical mix is to pour 1/2 cup of baking soda down the drain, followed by 1/2 cup of either vinegar or lemon juice. Lemon juice is more expensive, but it won’t make your kitchen smell like vinegar. Either works about as well as the other.

In either case, pour the mixture in, then plug the drain and let it sit for an hour or longer. Then take a pot of boiling water and pour it through. Hopefully, it will clear the clog.

Another option, if you don’t want to send more liquid down to the clog, is to use 1/2 cup of baking soda plus 1/2 cup of salt. This could take a while to work, so you probably want to leave it overnight. Then, as above, pour through a pot of boiling water and see what happens.

Plumbing snakes are cheap and readily available at most home improvement stores. It’s not a bad idea to keep one in your kitchen or bathroom, to use if you have a clog that is too tough for other homebrew methods. There are plenty of video tutorials online showing how to use them; they’re pretty easy.

If all of the above methods fail, then it’s probably time to call your local plumber.

Roto-Rooter in California Can Handle the Toughest Clogs

For almost 90 years, Roto-Rooter has been the name in affordable effective plumbing services. We can clear out even the biggest, toughest, or most deep-formed clogs – and we’ll do it without damaging your plumbing!  We also offer a full range of other plumbing services, from bathtub repair to septic system maintenance.

No matter the trouble, we’re here to help at any time of day or night. When you need great plumbing, call Roto-Rooter in California at 800-491-ROTO!