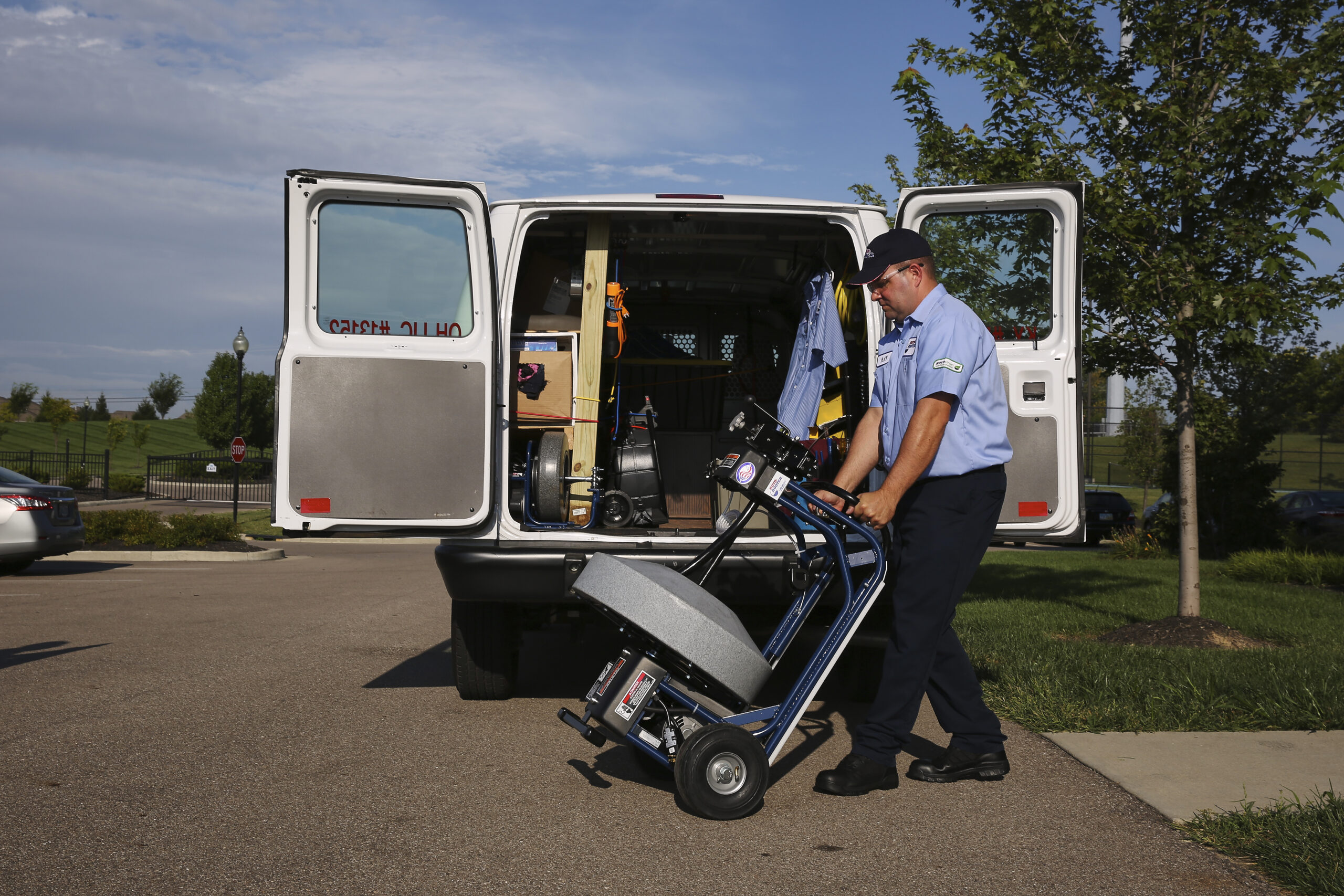 Roto-Rooter does more than just clean drains. As full-service industrial plumbers, we also repair or replace sewer pipes to fix numerous issues. Commercial building owners are responsible for maintaining the sewer lines connecting their premises to the city sewer main, normally to the sidewalk or curb. Drain and sewage pipes left in disrepair can cause flooding and groundwater contamination, presenting a serious environmental hazard. Roto-Rooter provides sewer line repair, replacement, and installation to correct a number of problems, such as:

Sewer line repairs are typically performed using the “open cut” or “trench” method to gain access to the area surrounding the damaged portion of the pipe. A backhoe can be used to start and refill the area.

Trenchless repair causes less harm than traditional sewer line repair methods. With Roto-Rooter, sewer line repair or replacement does not have to mean ruined parking lots, sidewalks and open trenches that put your business on hold or inhibit customer access to your center.

Trenchless technology offered by Roto-Rooter is the most recent measure in quality sewer line repair and sewer line replacement with hardly any effect of the surrounding environmental landscape and it is cheaper than conventional methods.

We create small access holes in which the damaged underground pipe begins and finishes. Using your sewer pipe as a guide, our hydraulic pipe bursting system pulls a full-sized replacement pipe through the old path and breaks up the damaged pipe at precisely the exact same moment. The new sewer pipe is highly resistant to leaks and origin intrusion with an extra-long life expectancy. It’s a faster process than open-cut approaches and may replace cast iron, clay, terracotta, PVC and concrete pipes. The process even allows for up-sizing lines and there is less risk of harm to utilities in near proximity to damaged pipes. Pipe bursting methods include:

Relining is the process of fixing damaged sewer pipes by producing a”pipe within a pipe” to restore 100% function and flow. Epoxy relining materials mold to the interior of the present pipe to create a smooth and tough new inner wall.

Many times, pipe relining can be performed via a building’s sewer clean-out access and the procedure usually requires very little digging. Pipe relining might be used to fix root-damaged or cracked pipes, seal cracks and holes, fill in the pipe and secure joint connections underground, in roof drain pipes and storm lines, and under concrete. The relined pipe is seamless and durable.

A felt-lined elastic tube (the lining ) is filled with an epoxy and resin mix then inserted into one end of the pipe that is damaged. Subsequently, a bladder is inserted and inflated to press on the new lining against the faces of the existing pipe. The bladder is left in place for four to six hours until the liner has cured and adhered to the pipe. The completed pipe is seamless and durable. A video camera inspection will be conducted to make certain the pipe is draining properly and is free of obstacles.